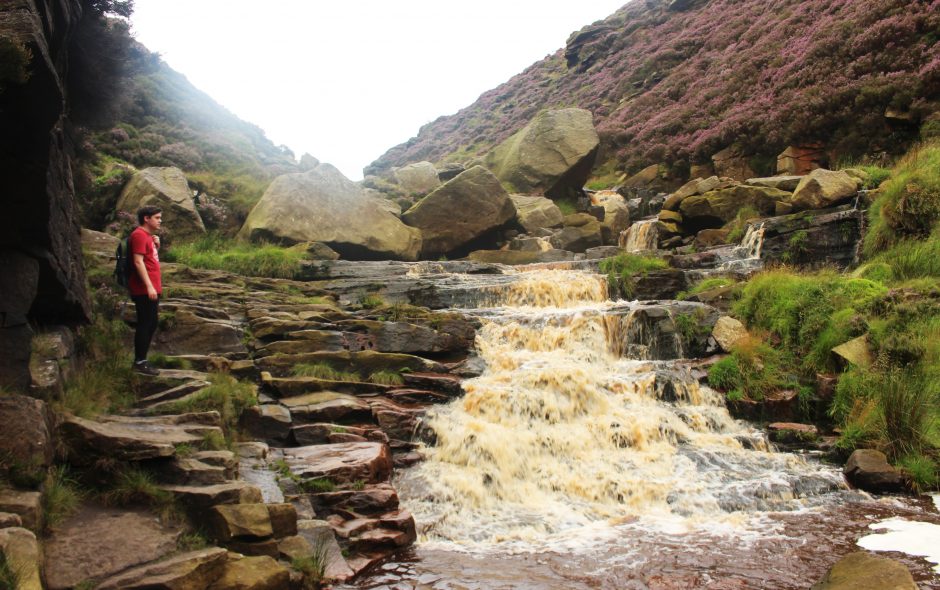 This week, we had a surprise in store for us. Neither of us had visited this particular part of the Peak District before and had arrived with no real expectations, we were simply scouting out potential routes for when family come to visit. The drive to the RSPB car park revealed the dramatic scenery in the valley and I went from just being out for another hike to actually being really, really excited about what this route would have in store for us.

The RSPB car park has a sign at the entrance stating that the car park is pay and display, but there is no pay machine and no other cars had tickets. We hadn’t recieved a parking ticket on our return so it seems safe to say that it’s currently a free car park.

There are a couple of different ways to get down to the water initially. The path down from the car park leads to a small road. You can cross the road and semi scramble your way down through the woods as it looks like there is a path there, although it’s difficult to tell if it is an actual path as it’s not well marked. The easier and much clearer way would be to turn left and follow the road a short way until you reach its end at the dam wall of Yeoman Hay Reservoir. We took the path through the woods and walked along the waters edge up to the dam wall.

Once we reached Yeoman Hay Reservoir we carried on along the side of the reservoir, choosing to take a slightly higher trail that ran closer to the trees and away from the waterline, although there is the option here to walk along the waterline if you wish. We followed this path past the end of the reservoir, up to Greenfield Reservoir and along its north edge. After this, the path then continued up the valley, treating us to views of numerous pretty little waterfalls as we began a gradual ascent up the river. A very picturesque section of the hike.

Nearly 1km past the end of Greenfield reservoir we came to another, much smaller reservoir that sat at the confluence of two rivers. The path continued up the fork that headed south east. This would take us up Greenfield waterfall and present us with the most challenging segment of this hike. In bad weather I can see this scramble being very tricky, but if recent rainfall hasn’t been too heavy then it is a little challenging, but perfectly achievable if you take your time. We took a slow and steady ascent, taking in the views back down into the valley and enjoying all the waterfalls we came across on the way up. This was easily my favourite part of the hike. When we reached the top we followed the path until it seemed to peter out, which was our cue to cross the river and begin making our way along the edge that ran above the reservoirs.

The path along the edge was relatively easy to follow and provided us with some beautiful views over the valley. There are lots of rock formations to explore and use for photo opportunities along this section of the walk and it’s generally fairly easy going. The path has various lumps of rock and heather along it so there is some need to watch your footing, but it’s pretty flat up on the top so there are no real changes in elevation to think about.

After a relaxed walk along the top we came to the point where we would need to descend back down to Dovestone Reservoir. We had seen a small handful of other people so far but at this point we began to run into more groups out and about for the day. Down around the reservoir paths it seems to get quite busy with the flat trail around the shorelines being perfect for a family walk. We spotted some benches among a copse of trees to sit and have our lunch, which were thankfully still fairly quiet.

Lunch consumed, we continued on the last 3.5km around Dovestone Reservoir. While the terrarin was not as exciting as the trail we had experienced on the walk so far, it was a pleasant and relaxing end to the hike. The views across the reservoir were lovely and we still had a great view up to the edge we had been walking along earlier.

After we passed the end of the dam wall we looked for the path to take us back up to the car park. This path took us away from the busier trail around the reservoir and gave us a peaceful stroll through the woods to finish off our walk.

A lovely hike with lots to see, varied scenery and some segments to inspire the adventurer in you. This area has options for easier, or more challenging walks depending on what you’re after and we will definitely be coming back.

Thank you for reading! Be sure to check back regularly for weekly walking routes and other adventures!

Find me in these social places. 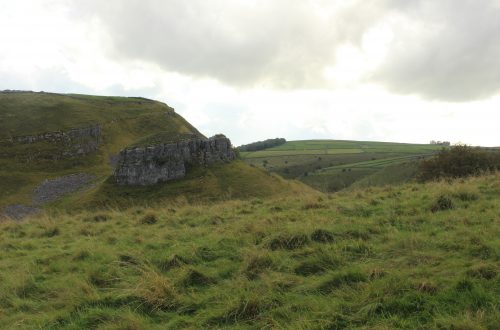 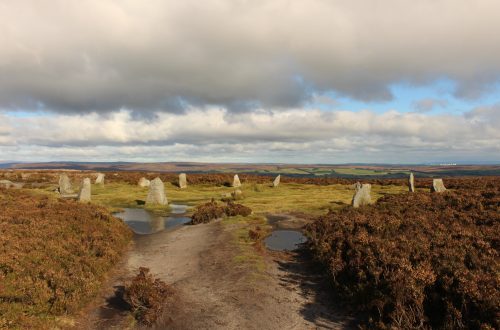