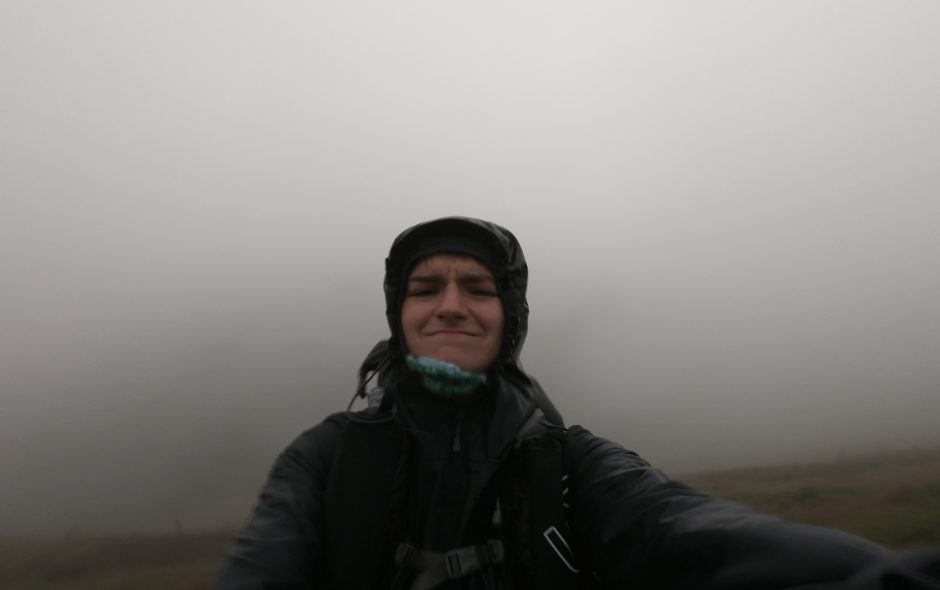 This was supposed to be an out and back route to the B29 Superfortress crash site on Bleaklow. Reviewing what went wrong, we took a wrong turn but I have provided the route we were supposed to take.

Mistakes were made. I personally learned quite a bit from this experience and as I keep looking back on it I continue to learn new things. This hike didn’t go to plan for a number of reasons. A big factor was the weather. Once we were up on the moor the visibility was extremely poor, it was raining quite heavily and it was windy. We weren’t really fully equipped as neither of us own water proof trousers and I personally hadn’t taken an additional midlayer with me which would probably have helped me. I wasn’t really in an amazing midset for dealing with the weather we were faced with and as I have just realised, I marked the Super Fortress crash site incorrectly on the OS map. That mapping error I think was the main reason for why it went wrong. The B29 crash site is very close to Higher Shelf stones, but for some reason I had managed to mark in much closer to Bleaklow Head. I hadn’t checked the route over properly before setting off and I unfortunately, did not realise my error.

This was a strange walk in many ways. We started off at the Hope woodlands car park and made our way down into Snake woodland. We made an unwitting wrong turn here and headed along a path right next to the river, when the actual path stays up in the woodlands. The main path is not even remotely obvious at this point and it looks like many people have made the same mistake as there is a a clear path that leads alongside the river. We walked along the river for some time, which would have been very pleasant if not for the large amount of rubbish left in the woods by people camping. It seemed clear that many people had come and camped in the woods recently, presumably due to campsites being overfull and wanting to get out and about after lockdown easing, but none of the people camping here had displayed any semblance of understanding what the phrase ‘leave no trace’ means. This definitely put me in a negative mindset and probably did not help with my mood when it came to dealing with the weather later in the walk.

Once we left the woodlands, we had a walk along the valley until the path gradually made it’s way up to Snake road. A short walk along the pavement along the roadside brought us opposite the gate that would lead us off onto the moor. Snake road is generally quite busy so caution when crossing is definitely advised.

The bridleway led us across the moor to join up with the Pennine Way, although the path we needed carried on past this junction with the Pennine Way. The weather had been getting steadily worse at this point. Visibility was dropping gradually and rain was beginning to get a bit more consistent. We found the path we needed that would lead us initially north towards the crash site and kept plodding on through the increasingly intense rain. It continued to get worse and the cloud closed in more and more, getting close to single digit metres of visibility.

further up this path was where I unfortunately, made the navigation error that effectively ruined our chance of getting to the crash site. The path brought us near a waterfall, which we could hear down in the clough. At this point I should have followed a path that led off to the left, curving around the top of the clough and heading north west. Because I had marked the crash site location incorrectly on the OS map, this confused me enough to continue straight ahead on what looked like a path continuing to head north. This path petered out and we found ourselves in open moorland with the visibility now definitely down to single digit metres.

Unaware of the real nature of my navigation error, I wasn’t sure what to do. Something must have felt off to me because I did not take a compass bearing of the point I’d marked the crash site to be at. Maybe I felt that something wasn’t right, maybe it was purely down to not wanting to navigate across open moorland in such poor visibility, but I decided to just take a compass bearing that would lead us to the Pennine Way slightly east of us. This seemed like the safest option as we knew we’d be able to find the Pennine Way easily.

We made it safely to the Pennine Way and carried on northward, thinking that we might find a path that led towards the crash site. We did find a path, but after following it for a short while I had enough signal to check a our location on a map with GPS on my phone and saw that we were essentially nowhere near the crash site. This deflated me to a low enough point that I just didn’t want to continue. I was wet, cold, confused and hungry. There was nowhere vaguely sheltered enough to sit and eat our sandwiches and I was afraid of getting too cold if we stayed still for too long. All motivation to continue left me and Greg, who seemed oddly unphased by any of this (he is unphased by most things), seemed perfectly fine with heading back to the car. He could see that I just didn’t want to be up here anymore.

Making it back to the Pennine Way, we pretty much hightailed it down off the moor until we reached a level were we weren’t being constantly soaked. Feeling disorientated and definitely at least a little upset, I spent the walk back through the woodland going over what had happened and why it had happened. I had planned things poorly. For some reason I had neglected to double and triple check the route this time, thinking that it would just be an easy hike to follow. The weather caught me unawares. I had suspected it would be fairly bad but hadn’t appreciated that just because it was July, that didn’t mean we would be safe from really, really awful weather. If I had just cross referenced the crash site location more carefully we would have made it there, although without the appropriate weather gear I certainly wouldn’t have been able to appreciate it, so it would have been something of a wasted trip anyway.

Experiences like this are useful. We didn’t make it to where we intended to, but I have been able to indentify why we didn’t make it. In doing so, I will be more prepared for future hikes and have a greater respect for the unpredictable climate of the Peak District. You can never take things for granted up there and you must always know your limits. It was the right decision to turn back, but better planning would have caused the day to play out considerably differently. To mistakes made and lessons learned, onto the next adventure with more experience, knowledge and understanding.

Thank you for reading! Be sure to check back regularly for weekly adventures as well as bi-weekly gear reviews!

You can find me in these social places 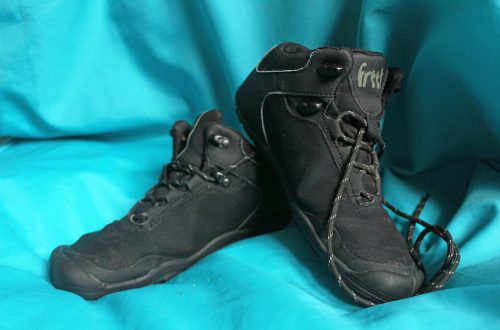