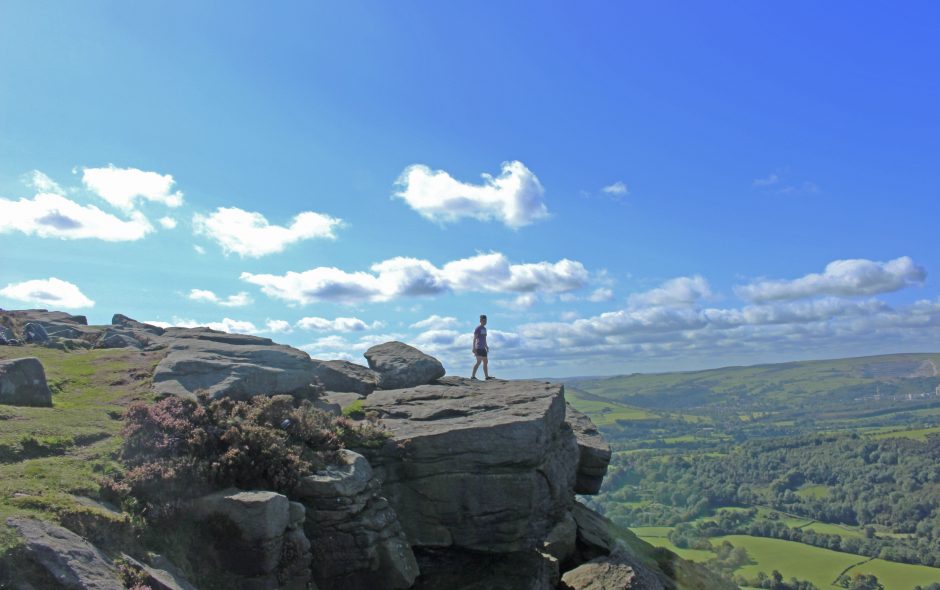 A loop running below Hordron Edge, up onto and along Bamford Edge, meandering across towards Stanage with some bog navigation, then dropping down onto Hrodron Edge, stopping at the stone circle before heading down to the car park.

A very, very windy day hike exploring a bit of the Peak District we hadn’t visited yet. Bamford Edge was unfamiliar to both of us, so it was great to include it in this hike. Plenty of interesting sights and great scenery with relatively easy elevation across the route. The wind made parts of it hard work but the views were worth it.

Starting off at one of our favourite glorified laybys, Cutthroat Bridge car park, we began by finding the small path that leads up and away from the layby to avoid having to walk along the road. Once we were at Cutthroat Bridge itself we walked through the small area of woodland by the road and along the path that runs below Hordron Edge. Just over 1km later we turned west and crossed a stream. There was a very prominent dead tree acting as an unintentional way marker here that made the path leading towards Bamford Edge a bit easier to see.

Winding our way up towards the edge, we were treated to the first views back across Ladybower reservoir. The weather had been kind to us (except for the wind) and the visibility was superb, giving clear views across Ladybower and along the valley in either direction. Along Bamford edge there are numerous photo opportunity locations for a majestic shot stood on a rock with glorious scenery in the background, just be wary of the wind!

Progressing along Bamford Edge it was time to think about a place to stop for lunch. We dropped down from the edge and then back up again, which took us past an old quarry. This spot was out of the wind while also having a nice view across towards Stanage Edge. After the lunch stop the next challenge was cross over to Stanage Edge.

The path from Bamford Edge across to Stanage is unclear at points and there is some bog to find your way across. The path disappears completely in the bog so it is reccomended that you have a map and possibly a compass with you so you can navigate off any landmarks near the where the path is supposed to be. It is difficult to get particularly lost as you can clearly see Stanage and there is the option to just walk towards it if the path does elude you completely.

We elected to just take the path below Stanage Edge rather than head up onto the edge itself. It was only a short walk before we needed to turn off and follow the path down to Hordron Edge. Once we had located the path to Hordron Edge we were on our way to the last point of interest on this hike, Hordron stone circle. Hordron stone circle was also known as ‘The Seven Stones of Hordron’, although this name was given prior to the discovery of four more stones under the peat in 1992. It seems that there may have been more stones at some point, but these additional stones have been long lost. An interesting site that raises the usual questions as to why something like this was built in this specific place, all we know for certain now is that the views from the stone circle are fantastic. Both Win hill and Lose hill are prominent points on the landscape here and could well be linked to the reason the stone circle was built here. From Hordron stone circle is was about 1km back to the car park. Walking further along the edge we found the path that dropped down to the woods and we were finally out of the wind.

A spectacular walk with amazing views to take in for almost the entirety of the route. Mostly easy hiking, but be prepared for a bit of bog navigation!

Thank you for reading, be sure to check out my other hiking route write ups! 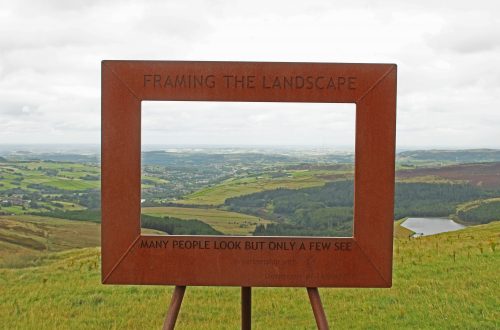